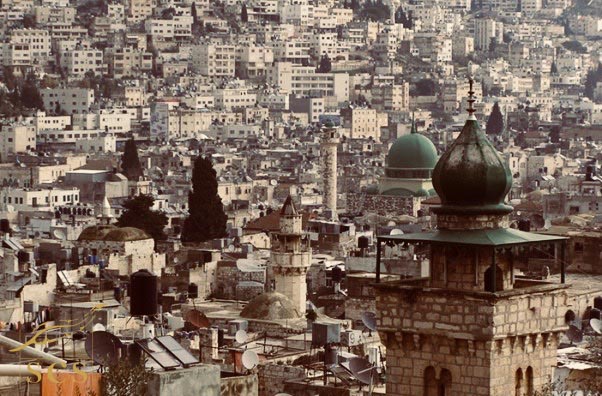 Disclaimer: I have written this article solely as an informative piece on the topic of executive protection agents operating in the West Bank. As terminology can be extremely politically sensitive, the terms that I use here are for convenience and clarity only. By no means does this article intend to make any political statement.

When looking to conduct an executive protection task in the West Bank, it is important to be aware of several benchmark factors that you are likely to encounter. This article seeks to provide insights that are based on over a decade of working in the West Bank.

In order to allow tasks to run smoothly, it is vital to have in-depth knowledge on the following aspects:

Below are 5 insider tips that will hopefully provide useful insights prior to your next task in the West Bank.

The vast majority of West Bank EP tasks typically pass through Israel. Therefore, they require the ability and knowledge to operate in both areas. An example would be for a principal/detail to arrive by plane. Since there is no airport in the West Bank, this would most likely involve travel from Ben Gurion Airport to the West Bank.

In general, I recommend spending the overnight in a hotel in Israel rather than in the West Bank. Basically, I advise only entering the West Bank for meetings, operations and returning to Israel afterward. The reason being – first and foremost – the volatile security situation in the West Bank.

Only a few months ago (May 2021), we experienced first-hand how fast a security situation can escalate into an all-out war in the Gaza Strip and a near-complete shut down in the West Bank due to riots and intense ongoing security operations.

This means whoever finds themselves in these areas will most likely not be able to leave them. Also, they will experience little freedom of movement. Often, EPAs operating in the West Bank will pass through Ramallah, which can be just a 30-minute drive from Jerusalem. This makes Jerusalem a good option for an overnight stay when conducting daily operations in the Ramallah area.

Without getting into too much detail, the West Bank is divided into 3 areas of control:

Not understanding the limitations of the three areas can put you and your principal in a real life-threatening situation.

Most checkpoints are manned 24/7. However, authorities may set up smaller flash-checkpoints without notice and for limited periods and restricted passage. Keep in mind that during times of security tension, even large checkpoints can be closed completely. This effectively causes those present on one side of the checkpoint to be cut off from the other side.

During times of tension, several prominent checkpoints are known to become flashpoint locations for riots and small-scale terror attacks. Ultimately, this means that visitors need to avoid them. It has occurred several times that the safe passage into Israel was through the “smaller” checkpoints (not the flashpoint ones where riots often occur).

Needless to say, this topic is extremely complex. Therefore, local experts need to deal with them in order to avoid unnecessary exposure to danger when attempting to make the crossing without a plan.

Local contacts and staying informed on the ground

Staying informed and up to date on the latest security developments in the Gaza Strip, Israel, and the West Bank is of fundamental importance when operating in the West Bank. The reason being that a single incident may produce a massive snowball effect. This can potentially drag the area into a violent uprising, armed conflict and/or a complete lockdown.

For example, what started in May 2021 with a protest in East Jerusalem, ended in an all-out war in the Gaza Strip and Southern/Central Israel and large-scale riots and lockdowns in the West Bank. It is critical to know how to identify these incidents and determine if there will be a deterioration of the local security situation.

As you already know, team and vehicle selection are an important aspect of any EP task. Yet, operating in the West Bank and Israel brings along additional factors that you need to consider.

In short, it is possible for Palestinians to enter Israel. However, this can be a complex and time-consuming process. On the other hand, most Israelis are not permitted to enter Palestinian-controlled Area A.

Side note: Make sure to check (and double-check) your vendor holds vehicle insurance for operating in the West Bank and Israel. (The majority of car insurers don’t cover both.)

The other option will be to work with two different EP teams. This means that the principal will need to cross the checkpoint by foot to the other team on the other side (when crossing from Israel into the West Bank or vice-versa). The last option is less recommended due to the exposure that the principal faces while crossing the checkpoint. In some cases, this can be time-consuming and it could mean placing them in the center of attention during riots.

The ability to speak both Palestinian Arabic and Hebrew is a staple when selecting a team. Additional in-depth familiarity and experience with local security dynamics is also a must.

I suggest taking into account all the above factors when choosing a local EP team operating in the West Bank and Israel.

Due to the local security dynamics, I don’t recommend hiring armed security in most parts of the West Bank. Needless to say, the West Bank is packed with security forces, ranging from Palestinian Police to IDF soldiers and border police. This is especially the case in high-threat areas, meaning response times are very fast in the West Bank in the event of an emergency – and especially during security incidents.

During these incidents, armed security could quickly turn into a liability. The reason is that the chances of mistaken identity increase significantly, especially with quick reaction forces and snipers on site.

With such a high concentration of rapid response forces on the ground, we consider it of paramount importance that the CPOs chiefly deal with evacuating the principal from the scene. That is, rather than engage in an armed response when they could have avoided and left it to the rapid response forces.

I hope this article was informative. Due to its complexity, it is extremely difficult to cover the topic of EP in the West Bank in writing. The security dynamics in this region are definitely one of the most volatile and complex on Earth. Thus, operating in the West Bank requires diligent preparation and knowledge on the ground.

Finally, I’m glad to help out if you have any questions. I hope to see you in Israel soon and wish you good luck and a safe stay!

[…] for them to appear like your close personal friend, a companion, or business associate rather than on-duty security professionals. However, we still acknowledge that this point may depend on the principal’s preference, risk, […]